CAN THO - THE CAPITAL OF MEKONG DELTA

Being well-known as Tay Do or the capital of the Mekong Delta, Can Tho city is the destination that you cannot miss in your trip to the Southern part of Vietnam. Even though Can Tho is the 4th largest city in Vietnam with the population around 1.5 million people. 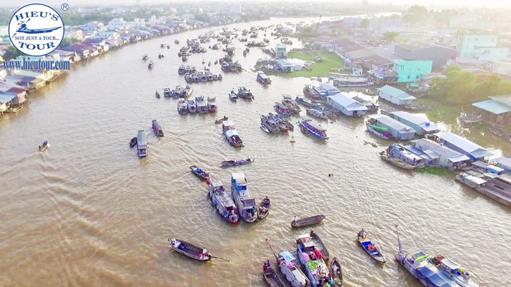 Being well-known as Tay Do or the capital of the Mekong Delta, Can Tho city is the destination that you cannot miss in your trip to the Southern part of Vietnam. Even though Can Tho is the 4th largest city in Vietnam with the population around 1.5 million people, but it is the best place for anyone who wants to get themselves immersed to the beautiful nature and people. In Can Tho, you not only have the chance to see the famous floating markets, but you can also drift along the breathtaking canals, learn more about the daily life of local people and let yourself be a part of all the activities here.

+ History: About 300 years ago, the Southern part of Vietnam, including the Mekong delta once belonged to Khmer Kingdom, however gradually it was annexed to the territory of Vietnam. Back in 1739 during the period of Trinh Nguyen, the area around Can Tho was officially marked on the map with the name Trấn Giang as a part of Nguyen Lords’ land. During the French colonialist time, the resistance war against America (or aka the Vietnam war) and until now, Can Tho has been always the capital of the Mekong delta.

+ Name: There are many theories about the name of Can Tho, but more evidently, the name comes from the Khmer language as the Southern part of Vietnam is still influenced from the formerly dominant culture of Khmer before. It is believed that the original name of Cần Thơ was “Kìn Tho” and that was the name of the fish that are a lot around the river here and people normally tend to name the area after the typical feature of that area. And because the name “Kìn Tho” was a Khmer word, so it was very hard for Vietnamese to call it and that the reason why Vietnamese mispronounced it into Can Tho like nowadays. The second theory was a legend about Nguyễn Ánh who was the last descendant of Nguyen Lord that survived from the chasing of the enemy and then became the 1st King of Nguyen dynasty which was the last dynasty in the history of Vietnam. When Nguyễn Ánh came to the area of Tran Giang on the boat along the river, he heard of beautiful sounds of the musical instruments and romantic voice singing a poetic rhythm. Then, he named the river Cầm Thi which means the river of music and poem, later the name Cam Thi was mispronounced into Can Tho.

+ Culture: As the heart of the Mekong delta, Can Tho itself has an interesting culture of Vietnamese, Khmer and Chinese. Beside the famous festivals like Chol Chnam Thmay (New Year), Sen Dolta (Ancestor Worshipping), Ok Om Bok (Moon Worshipping) of Khmer people, and Lunar New Year of Vietnamese and Chinese, there are many other occasions that are locally-known as well. Annually, there are the festivals at the local temples to pray for peace and happiness (In Vietnamese: Ky Yen festival). Moreover, with the interlacing system of rivers and canals, the life of people here is always attached with water, so every year there is a special occasion called Tong Gio, Tong On (which means get rid of bad wind and bad evils) and the occasion is organized on boats and people have fun together during this time. 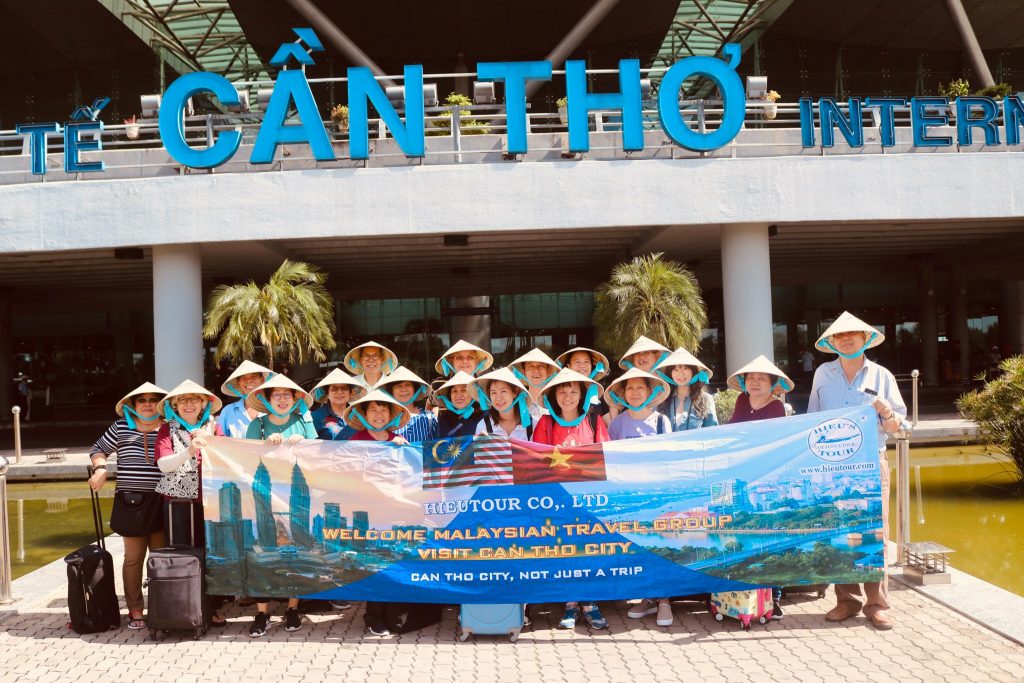 There are so many famous foods in Can Tho that you should try and here is a list of the best ones:

HOW TO GET THERE

There are so many ways to come to Can Tho city whereby you can cross the borther from Cambodia at Chau Doc or Ha Tien and then take a local bus to Can Tho. What takes you around 3.5 hours. And from Saigon, you can take Futa sleeping bus and it takes around 3 hours to get to Can Tho. Or you can take get an air-ticket to depart for Can Tho city. Especially Ha Noi, Da Nang, Hai Phong, Nghe An, Da Lat, Con Dao island, Phu Quoc island. And recently the airport is opening the route for Malaysia and Thailand with direct flight every week by Malaysian AirAsian.