THE “SAMPAN LADY” OF THE MEKONG RIVER

“Of those generations of our same age through 4000 years

They have lived and gone

In peace and simplicity

Most are unnamed and forgotten

But together they’ve created this Mother Land” 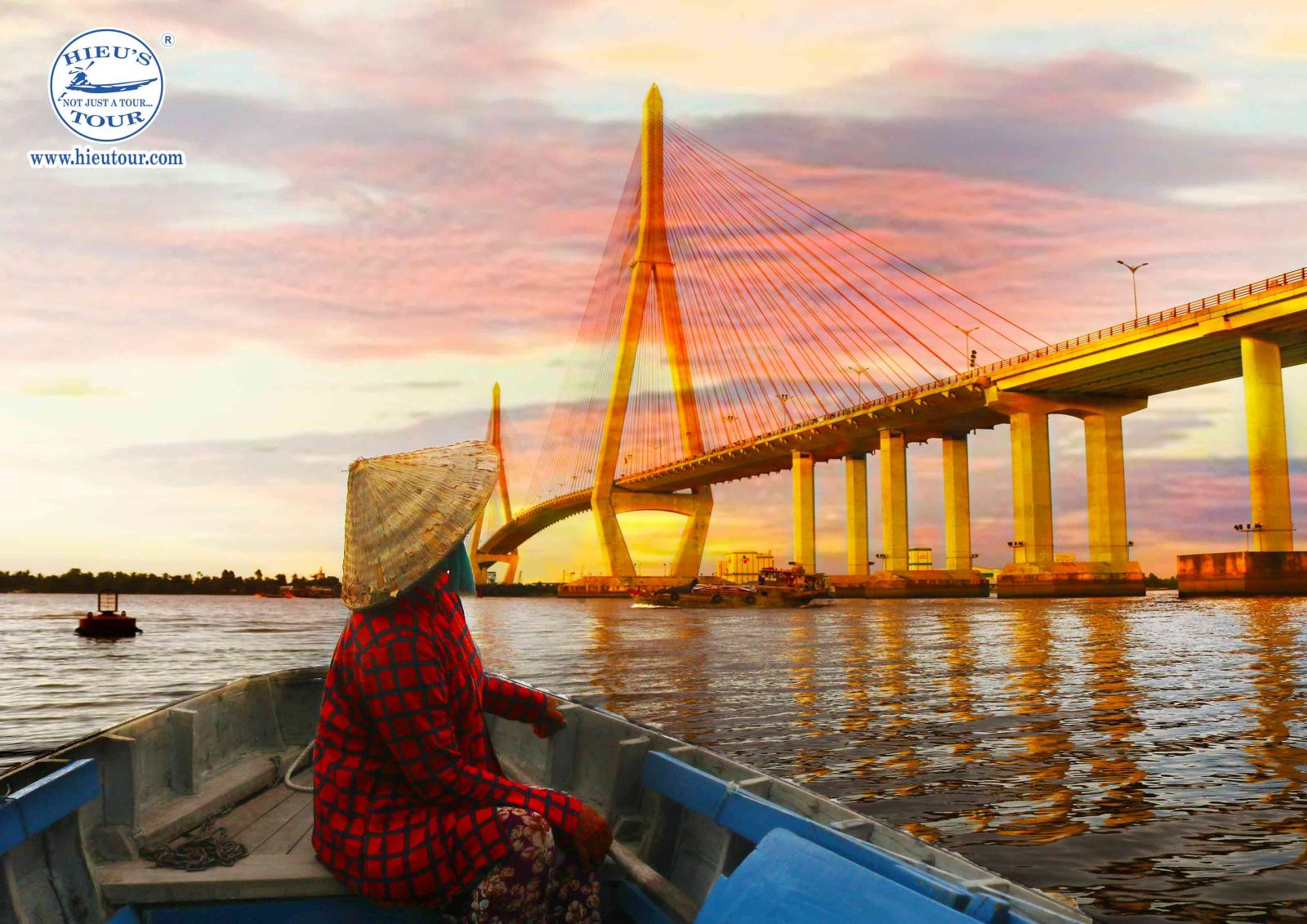 There are always silent lives contributing little things to beautify this world and in order to requite those silent lives, Nguyễn Khoa Điềm the poet had written the beautiful words via the lines “they are unnamed and even forgotten, but they have created our Mother Land”. Many old generations have lied down and many young ones have grown up, they all have been flashing through this life in stillness, however they do bring the melodious notes into a harmonious song called “Mother Land”. Those silent lives might be the old lady selling sticky rice in the corner of the street, the old man sitting on his motorbike waiting for more customers or a neighbor that you haven’t seen for so long. Having the concern in mind about those lives, we are launching a series named “Người Miền Tây” or “The inhabitants of the Mekong delta” so as to express our gratitude to them through our words and we also hope that we could remind each and everyone of us of the nice little things around us that sometimes because of the hustles in life, we unintentionally neglect them.

On the first story of the series “Người Miền Tây” – we, the media team of Hieutour Co., Ltd, proudly present a lady who has spent her whole life in the land of Cần Thơ. She’s merely a sampan lady, which means she takes people from this side to the other side of the river on her boat. Her whole life is stuck with the sampan and the river and she represents the locals of the Mekong delta, who are diligent, honest, lenient and busy with their work all year round and we want to call her “The sampan lady of the Mekong river”.

Her name is Tây (Nguyễn Thị Tây) or people also call her Auntie Sixth as the way the locals call the elderly people. Being the 5th child of a family with 12 kids, Miss Tây’s life is forever attached with the poor Fishing Village whose image is a total contrast with the luxurious Ninh Kiều Quay in the other side of the river. She said that she had been working on the boat since she was 16 and that was 41 years ago. During 40 years spending on the boat, she had to paddle the boat manually for over 25 years and she’s just started to use the motor engine for the last 15 years. The progression from manually paddling the boat to using the motor engine of Miss Tây somehow illustrates the development of the Mekong delta in the whole. She starts her day before the sunrise and finishes her work when the sunset is long gone and this routine just repeats over and over. At first, she only transports people from the Fishing village to Ninh Kiều Quay back and forth and gradually more tourists come to Cần Thơ and she’s adapted herself to seize this chance by taking people to visit the attractions in Cần Thơ like Cái Răng floating market, Phong Điền floating market, the islets, the canals or the fruit orchards. Miss Tây honestly told us that taking tourists to visit around Cần Thơ really did improve her income, however it was much harder than just being “a boat taxi”, but she also blurted that after finishing a trip for tourists, she still had to go back to the sampan to carry people across the river again since “I’m so used to it, I can’t quit it”. She truthfully shared that even though it was much harder when taking people to visit around, it was still fun to do it because she could show the beauty of her hometown to visitors, both Vietnamese and foreigners. She said she didn’t speak any English at all, but most of the time she had to carry the foreigners, so she could only use the body languague to express what she wanted to say. Day by day, she’s intentionally learned some basic words and now she is able to speak something simple and she wishess she could have been younger to learn English faster. Once we captured the moment when she and the guide said goodbyes to the tourists, they had exchanged photos, hugs and farewells, those little things truly warm our hearts and make us smile. The image of Miss Tây and her boat now not only represents the authenticity of the Mekong delta as usual, but also the hospitable tourism of Cần Thơ.

For the last 40 years of sticking her life on the boat, she’s got so much memories, both good and bad ones, and for all those years she has observed so much changes in her homeland. “Everything in Cần Thơ is more modern, better roads, better bridges, better houses, but I feel like it was not as fun as it used to be” - She said - “In the past, Cái Răng, Phong Điền floating markets, Tân An wet market and Hàng Dương Quay (the present Ninh Kiều Quay) were more cramped and busier with more traders, it was more fun and now there are just few boats, maybe they’ll be all gone in just a few years”. 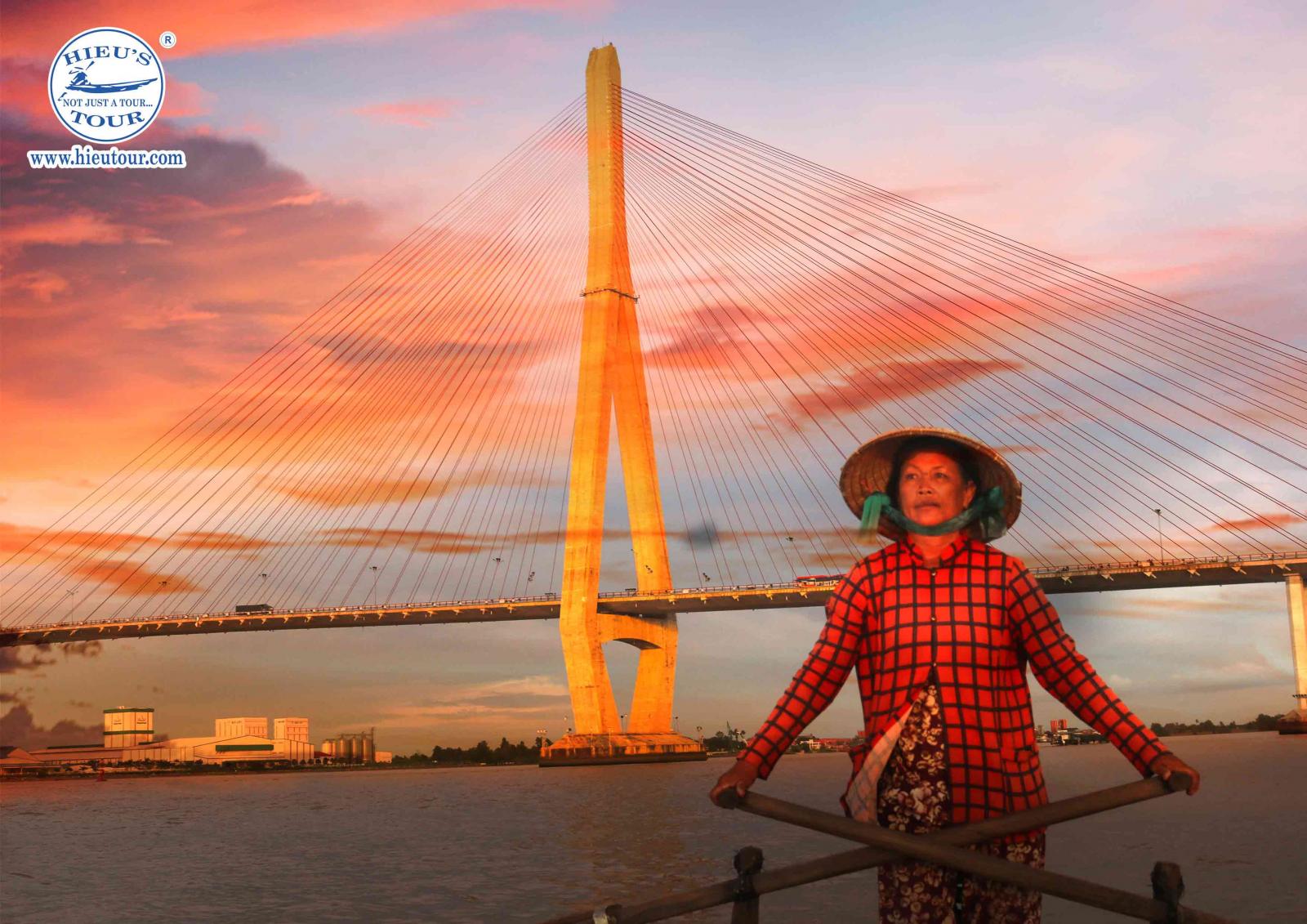 Like many other ordinary people, Miss Tây also has her own dreams. She said she couldn’t give up on the boat because if she did she wouldn’t know what to do then. Since the local ferry officially goes into operation, there are less people getting on her boat as they could even get their vehicles onto the ferry to cross the river. But she said “as long as there are people want to get on my boat, I’ll still do it”. Now, she wishes she could save up enough money to build a new house since her present house is in bad condition due to the damage from a fire 5 years ago. She said: “It’s not comfortable to live this way, I can’t do anything about it, but working harder to save up money”. Currently, she’s living with her younger sister who is another sampan lady and they both work so hard to make ends meet. It is not exasperating to say that the river and the boat are the indispensable parts of Miss Tây and the grand Mekong river on which she’s dependent, is carrying her dreams to a better horizon.

The sampans will still surf over the big waves, so do the Mekong ladies!